Netizens were touched with Vice Ganda and Ryan Bang’s “mother and son” relationship that was molded over the years of their bond being friends and work mates in Its Showtime.

The two were known with their solid bond, and from Ryan considering Vice as his “second mom” 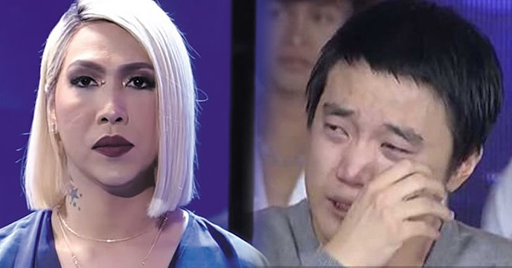 On the recent episode of the show, Vice shared his emotional talk with Ryan after listening to the story of Tawag Ng Tanghalan candidate about losing her father 8 years ago.

According to Vice, he and Ryan stayed up all night talking about what would happen if they will have to “part ways” someday.

He then called Ryan up on stage to reiterate the words he told him last time.

“Ryan, you have to be strong, and when you are strong, I am happy,” he told the former PBB housemate.

To which Vice responded with, “Hindi tayo maghihiwalay kasi karugtong ka ng puso ko. But physically, we will have to be away from each other in time,”

Apparently, during the talk, the Korean national can not help but to be emotional as he says, “Promise, hindi ako nagpapatawa pero malayo pa ‘yan. Gusto ko, magkasama tayo more than 20, 30, 40 years.”